Houlahan and Tacka have taught, mentored, and inspired countless music educators at all levels of music education from pre-K through post-baccalaureate. Their system of music instruction, originally formulated in the early 1900s by Zoltán Kodály of Hungary, is brought to life in the “Kodály in the Classroom” series of books for elementary educators and has recently been translated into Chinese.

Working with the Austin and Houston schools, Houlahan and Tacka have collaborated on several US Department of Education grants in excess of $2M to conduct teacher training in musicianship training and music pedagogy based on their research and publications. 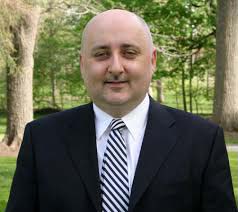 Micheál Houlahan is the Chair of the Department of Music at Millersville University and a Professor of music theory and aural skills. A Fulbright scholar, he holds a Ph.D. in Music Theory with a minor in Kodály Studies from The Catholic University of America; a Kodály Diploma from the Franz Liszt Academy of Music/Zoltán Kodály Pedagogical Institute of Music in Hungary and the Kodály Center of America; and a fellowship in Piano Performance from Trinity College and London College of Music, London. Additionally, his research has been supported by an International Research Exchange Grant awarded through the National Endowment of the Humanities. Along with his administrative and editorial board responsibilities, he has lectured extensively on music theory and Kodály studies in Ireland, Italy, Denmark, Finland, Hungary, Estonia, Netherlands, and England. Dr. Houlahan’s publications include Oxford Press textbooks in the Kodály Today series, numerous other textbooks and reference books, articles, and entries on Kodály in the New Grove Dictionary of Music & Musicians and Oxford Bibliographies Online. 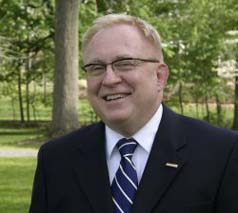 Philip Tacka is Professor of Music at Millersville University. He received his doctorate from The Catholic University of America and completed postdoctoral work at the Franz Liszt Academy, Budapest/Zoltán Kodály Pedagogical Institute of Music in Hungary. His research interests include every aspect of music education and though he has more recently focused on music perception and cognition. He has served on editorial boards and is currently a grant evaluator on the American Fellowship Panel for the American Association of University Women. Prior to Millersville, Dr. Tacka taught music in the Department of Art, Music & Theatre at Georgetown University, Washington, D.C. and worked with the Georgetown University Medical School’s Institute for Cognitive and Computational Science in the neuropsychology of music perception. He regularly presents internationally on music education, music perception/cognition, and Kodály studies. He has lectured in Italy, Denmark, Finland, Hungary, Estonia, the Netherlands, and England. Dr. Tacka’s publications include Oxford Press textbooks in the Kodály Today series, numerous other textbooks and reference books, articles, and entries on Kodály in the New Grove Dictionary of Music & Musicians and Oxford Bibliographies Online.