"If I am asked in which works is the Hungarian soul the most beautifully shown, I have to answer: in Kodály's works. These works are the 'ars poetica' of the Hungarian soul. Its explanation is, that Kodály's composing activity has its roots in the soil of the Hungarian folk music. Its internal reason is Kodály's firm belief and confidence in the force and future of his folk." (Béla Bartók) 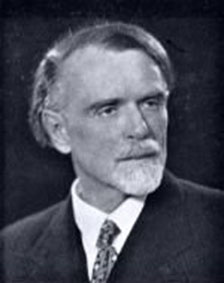 The composer, musicologist, ethnomusicologist and humanist Zoltán Kodály, about whom his friend Béla Bartók wrote these words, was born in Kecskemét on December 16th 1882. He was only a few months old when the family - because of his father's duties as a railway clerk- moved to Szob and afterwards to Galánta, where they lived for many years.

Kodály's childhood memories are strong and he kept mentioning this fact, making it a fundamental thought in his concept of music education. From personal experience he knew how important it was to be surrounded by music: at home, where chamber music was played with the family and with friends; the music in the church; the orchestra at his school.... In his childhood music was as central as it was in the ancient Greek civilization, for which Kodály had great admiration.

After finishing the grammar school - where he also studied Greek and Latin - Kodály, because of his eminent results, was accepted at the renowned Eötvös College, being the most prestigious university college in Hungary, to be compared with the 'Ecole Normale Supérieure' in Paris. Simultaneously he was accepted as a composition student at the Liszt Academy of Music.

Almost immediately after his graduation, he became a Professor at the Liszt Academy teaching Music Theory. He was concerned about the weak reading skills of his pupils and helped them to improve. Later, he became a Professor of Composition which lead to him forming a remarkable school of Hungarian composers.

Kodály's folk music research extends over a period of almost 60 years, ranging from his early collection of Mátyusföld in 1905 till the melodies of the laments volume. Thousands of songs were transcribed in a way that made it possible 'to perform' them again.

Today, the world knows him as one of the great composers of the 20th century, who wrote such masterpieces as the Psalmus Hungaricus, the solo cello sonata and many more great works. But he also wrote simple choral pieces for little children. He, himself said it so clearly: 'We must try to teach youth a good music, as early as possible. Besides good teachers, we need good literature, for beginners and children. I have spent a lot of time writing choir pieces and music schoolbooks for children. I will never regret the time that I have been doing this, instead of writing greater works'.

The main characteristics of Zoltán Kodály's pedagogical lifework are the never-ending force to begin new and new things and the fully democratic principle that music belongs to everybody. The most intensive realization of his pedagogical concept began in 1950 when the first music primary school was founded in Kecskemét, the (at that time) little town where he was born, soon followed by others in Budapest and country towns.

There Kodály's belief, that music, with singing in the focus, would have a liberating effect on the mind and increase the child's ability to deal better with all the other subjects of the school curriculum, was proven.

14 years later, the international music society, gathering in Budapest for the world congress of ISME in 1964, would witness with growing astonishment the incredible results of Kodály's concept. From then on it became an example for the rest of the world. Over the years many thousands have gone to Hungary to study the Kodály concept of music education which nowadays is applied in the five continents.