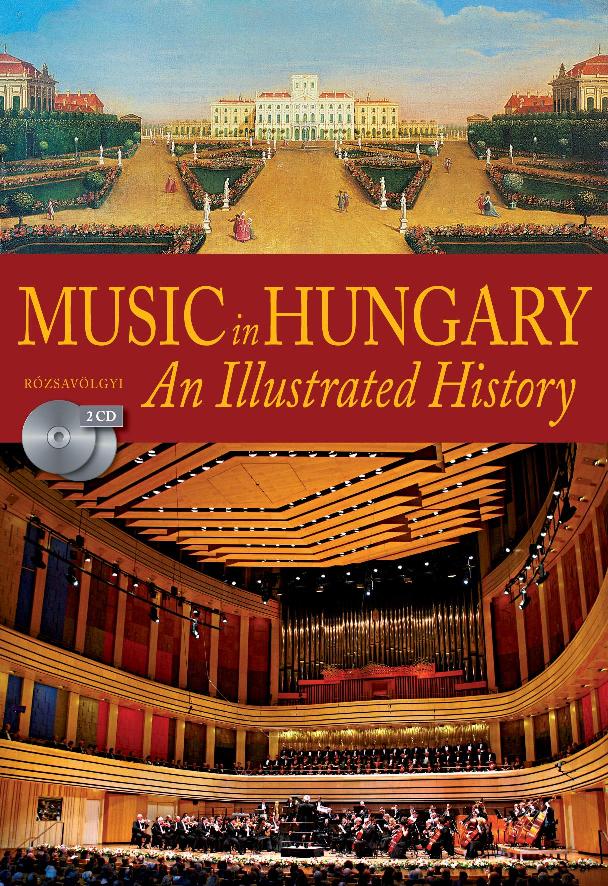 The Budapest music publisher, Rózsavölgyi and Company, has published a new book titled as above. The rich content of the book is drawn from a catalogue of a 2001 exhibition at the Budapest Historical Museum (in the former Royal Palace at the Buda Castle) under the title of ”Symphonia Hungarorum” – One Thousand Years of Hungarian Musical Culture (In 2000, Hungary celebrated the millennium of the founding of the Kingdom/State of Hungary in the year 1000 A.D. by King Stephen I) The album-sized catalogue was published in Hungarian. A revised version was published in hardcover in 2004, also in Hungarian (Képes magyar zenetörténet – An Illustrated History of Hungarian Music. Fortunately, the second, enlarged edition has also been published in English translation this year (2011), edited by Professor János Kárpáti, a musicologist and former Director of the Library of the Franz Liszt Academy of Music. (Of course, he was also the curator of the exhibition ten years ago as well as the editor of the earlier publications).

The authors of each of the chapters are the most recognized experts in the various fields and epochs of Hungarian music history. Based on the concept of the editor, the book gives a very wide horizon both historically and culturally. Through it, we obtain a detailed picture about special ‘Hungarianisms’ as well as the presence of European musical standards and musical life during the many stormy centuries of Hungary. Even a cursory glance at the Table of Contents indicates that the book contains a never-before-seen historical view of Hungarian music and musical life. Results of the most recent research are reflected in the studies.

Documents, facsimiles and pictures make this volume especially nice and informative. Two CDs provide musical examples. This book is recommended for anyone who wishes to have reliable general or detailed information about the history of Hungarian music. The book is available from the Publisher: www.rozsavolgyi.hu and This email address is being protected from spambots. You need JavaScript enabled to view it.