A Tribute to Dr. Mihály Ittzés, 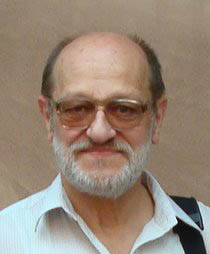 The IKS Board, while in session at the 20th IKS Symposium in Brisbane, Australia, bestowed Honorary Member status upon Dr. Mihály Ittzés. This well-deserved and singular honor is in recognition of the outstanding teaching, research and leadership of our beloved mentor and colleague.

Mihály Ittzés began his musical studies in primary school during the last year of the Second World War. This was a pivotal time in Hungarian music education, for, as he states, I belong to the generation that started to study music literacy through the Kodály concept.1 He was also fortunate to attend a music high school, or conservatory—we also used relative sol-fa in a more professional way.2 He went on to study music pedagogy and choral conducting at the Liszt Academy in Budapest, making him a beneficiary of the first wave of the complete implementation from primary school through higher education of Kodály’s vision for Hungarian music education. During this long procession of studies—more than fifteen years—we studied almost all of the musicianship subjects based on relative sol-fa: ear training, musical dictation, musical reading and harmony as well.3

After graduating from the Academy, Mihály taught sol-fa and music theory at the Győr Secondary Music School, a regional high school conservatory, where he also conducted the orchestra. After teaching there for seven years, he moved to Kecskemét to teach and conduct the choir at the famed Kecskemét Kodály School, the first singing primary school in Hungary. After three years, he became a professor, Head Librarian, then Deputy Director of the Zoltán Kodály Pedagogical Institute of Music. Even after retirement in 2001, he actively researches and writes as well as teaches part-time at the Institute. It would be difficult to estimate the far-reaching impact Mihály has had on music teachers and professional musicians from throughout the world who have come to study at the Institute.

Dr. Ittzés exemplifies the ideal teacher-scholar thereby setting an important example for future generations of music pedagogues. In his humble unassuming way he has quietly worked in the background to explore the depth of Kodály’s pedagogical oeuvre and other Hungarian composers. Even during the most difficult regime years, he managed to disseminate such gems as his paper entitled Zoltán Kodály's Singing Exercises, which was such a help to those outside of Hungary trying to grasp the stylistic significance and intended teaching applications of Kodály’s school music.4

Over the years, Dr. Ittzés has lectured in many countries and has played a particularly important role in the establishment of strong Kodály initiatives in Finland and Poland. The Institute published his remarkable doctoral dissertation—Zoltán Kodály, In Retrospect—in 2002.5 It is a deeply analytic summary of the musical and pedagogical legacy of Zoltán Kodály and its implications for the future of music education.

Mihály is also an influential leader in the Hungarian and international Kodály movement. He served two terms (1993–2001) as IKS Vice-President and has been one of the vice-presidents of the Hungarian Kodály Society since 2007. The Hungarian government awarded him the prestigious Szabolcsi Bence Award on March 15 of this year.

For these and many more reasons, especially for his qualities as a wonderful human being, we welcome Dr. Mihály Ittzés as an Honorary Member of the International Kodály Society.

1 Interview with Mihály Ittzés conducted by the author on August 15, 1993, in West Hartford, Connecticut.

5 Ittzés earned his PhD in 2002 at the University of Jyväskylä, Finland.