In its annual meeting 2013 the Board of the International Kodály Society granted Honorary Membership to
Ms Éva Rozgonyi of Hungary. 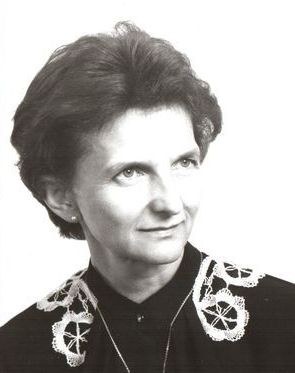 Éva Rozgonyi is an excellent music teacher and conductor whose knowledge and dedication is highly appreciated throughout Hungary, and in many other countries. All of her activities reflect the unity of her high-level pedagogical and performance principles. Her calling to become a music teacher began at the Békés-Tarhos Singing School in Southern Hungary, and was reinforced later on through the example and teaching of Pál Kardos, Erzsébet Szőnyi and Zoltán Vásárhelyi.

Ms. Rozgonyi was the conductor of the Szeged Bartók Choir for three decades and is now honored as their Lifetime Conductor. Her choir was the winner of numerous choir competitions including in Austria, France, Greece, Italy, and Wales since 1970 for which she received prestigious prizes and awards as their conductor. In recognition of her outstanding artistic activity, she received the Liszt Prize (1996), the KÓTA Prize (2005) and the Bartók-Pásztory Prize (2012). She became a member of the curatorium of the Pál Kardos Foundation in 1991, and since 1992, she has held International conductors’ seminars in co-operation with the Curatorium and the Choir.

An excellent pedagogue, Ms. Rozgonyi began her teaching career in Szolnok in 1964 after graduating from the Liszt Academy. She later taught at the Kodály Musical Training Institute in the United States from 1971 to 1973. In 1974, she became the headmaster of the original Kodály School in Kecskemét, where she served until 1981. Later, she was the Director of Professional Subjects at the Szeged Conservatory of Music, after which she was an associate professor on the Music Faculty of the University of Szeged. She continues as a devoted and influential ambassador of the educational principles of Zoltán Kodály at courses and seminars abroad. She served on the IKS Board as a Director from 1975 to 1983.