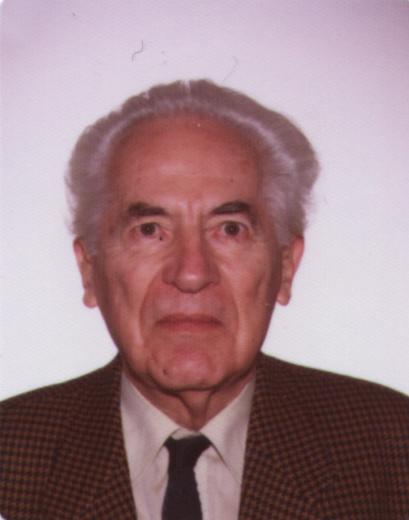 Who has ever met with Dr. László Eősze in person, will remember him as a kind and quiet man. He always made time to listen and to give good advice when it was needed.

Dr. Eősze, held a Ph.D. in German and Italian Literature and Aesthetics and was the Art Director of the Editio Musica Publishing House from 1961 until 1987. He was a Musicologist, retired Head of the Music Collection of the National Széchényi Library, and a Regular Member of the Hungarian Academy of Arts. In 2013, on occasion of his 90th birthday celebration, he was the first still living person who received the Hungarian Heritage Award, honoring a career of more than 7 decades in which he made outstanding contributions to the preservation and transmission of the musical treasures of Hungarian tradition and through the scientific exploration of the lifework of Ferenc Liszt and Zoltán Kodály. He published a number of high level books and numerous essays on their life and work as well as on his other great passion: opera. Next to the most important award mentioned above, Dr. Eősze received various other awards. It is impossible to include the impressive scope of the numerous acknowledgments in a short obituary.

Therefore, allow me to focus on his invaluable contribution to the International Kodály Society, not only as the First Executive Secretary, a task which he took on for 20 years, but also as one of the strongest anchors in the daily life of the Society since its establishment in 1975. With the Board of the Society only meeting once a year, it is obvious that the role of the Executive Secretary was crucial in the building up of the young organization and in expanding it into the world platform which it has become over the years. Without exaggeration we can say that for many years it was all left to Dr. Eősze, with only the part-time assistance of a bookkeeper for the financial side. László not only bore it all, he also ‘did’ it all. However, his greatest achievement in all those years was the biannual publication of the IKS Bulletin. Although he was always fully supported by the Board of the Society, 90% of the work rested on his shoulders.

After he stepped down as Executive Secretary in 1995, he remained a close collaborator in the more and more difficult search for financial means of the IKS. When the direct support of the Hungarian Government gradually slimmed down, in particular after 1989, Dr. Eősze's status and personal engagement, among other things in Foundations, was very important.

When I took the mandate of president in 1999, he and his beloved wife Marci, were among the people that I would meet most of the times that I was in Budapest. I treasure every moment of the evenings spent at their home in Attila út. It was a period in which I discovered yet another aspect of László's personality: his passion for Mediterranean cultures. Numerous hours I have listened to him when he spoke about the places they had visited during their most recent trip. I have learned more from him than from several books which I read about the area. Inspiring was not only ‘what’ he told but also his ‘enthusiasm’ that came from seeing all the beauty. At such moments he made me think of a common great friend, Professor Denijs Dille, who once mentioned that he was never ‘teaching’ but always ‘telling’... Professor Dille used the expression in French: ‘je n’enseigne pas ; je racconte’. That is exactly what László also did: he recreated the beauty before your eyes.

A hardly known fact of Dr. Eősze’s life is that he was not only a musicologist, author, publisher and many more things, but also a ‘purebred artist’. A very skilled pianist who could have pursued a performing career if he had wanted to do so. Without any doubt that fact has added a lot to his musicological work which was always based upon his need to serve the music and bring out the beauty of it. It is one of the greatest aspects of his personality.

László understood the great importance of international collaboration. In an article about The Future of the Kodály Concept (published in the IKS Bulletin in 1984) he wrote about Kodály: “his universality and international significance however, are obvious. One of the main features of his art was to strive for a synthesis. Many threads linked him to the major eras of universal music history (from Palestrina to Debussy), yet he did not turn eclectic in his compositions: the characteristics of Europeans in general and of Hungarians in particular are alloyed in an individual sound.” The most striking part in these great words is the connotation: individual sound. With other words, within his interest for and knowledge of many differing styles, Kodály always remained ‘authentic’. And exactly the same can be said of Dr. Eősze. He understood so well that keeping that authenticity is one of the greatest future challenges for the Society, knowing that the authenticity will not be preserved by Institutes but only by great men and women who understand the unique value of Zoltán Kodály’s life-work.

Thank you László for everything. For your excellent books, all the other musicological work that you have done or in which you were involved, for your work for the IKS and for your great humanity and friendship. I am glad that we could meet so many times until even late last year. I could fully understand how difficult it was for you after Marci passed away, because I have witnessed often the exemplary closeness of your marriage. It was not surprising that every time again you spoke about her. Both of you will be remembered as the beautiful great human beings that you were and you will live on in the hearts of many. Forever.